Spraypaint on washi, laminated and mounted on wooden panels

In 1993 I was engaged to make a 20 meter long frieze running through three rooms, separated with glass walls. First came the tv room, then the billiard room in the middle, and last the smoking room.

This was actually my first real meeting with washi/Japanese paper. To make it secure the artworks should be laminated, as with wallplates for bathrooms. I was told I had to use one specific material for the artworks. This was a crispy, thin plastic like kind of paper, breaking as you touched it. Also, I should only use waterbased paint in one layer.

So I found it necessary to do some tests. I made tests with the paper I was asked to use, but I also wanted to try a different approach. Very different! At this time I was working  with spray paint for cars on paper, and decided I would try the technique on washi, as I could get this thin, Japanese paper in large rolls. This was exactly the opposite of what I was told to use. The result of the tests was very promising, and I had approval for my approach. My approach to spraypaint was based on my background as a printmaker, and now I used grit on the surface of the paper instead of asphaltum powder as in an aquatint, and stencils to create shapes.

Starting in one end, I was working my way through two long rolls, each with ten meters of paper.

The rolls were sent to Sweden to be laminated, and then to a Norwegian factory to be mounted on plates. That was the last I saw of them. This was in 1993. No digital camera, and no report from the client when the commission was mounted. All I have is these half blurry photos I took while they were stored in the Norwegian factory, before mounting. I still want to present it here, as it was a major commission, changing my approach to scale.

Here is how all the plates were mounted together, from room to room. The middle area was by the billiard table to hang the cues. 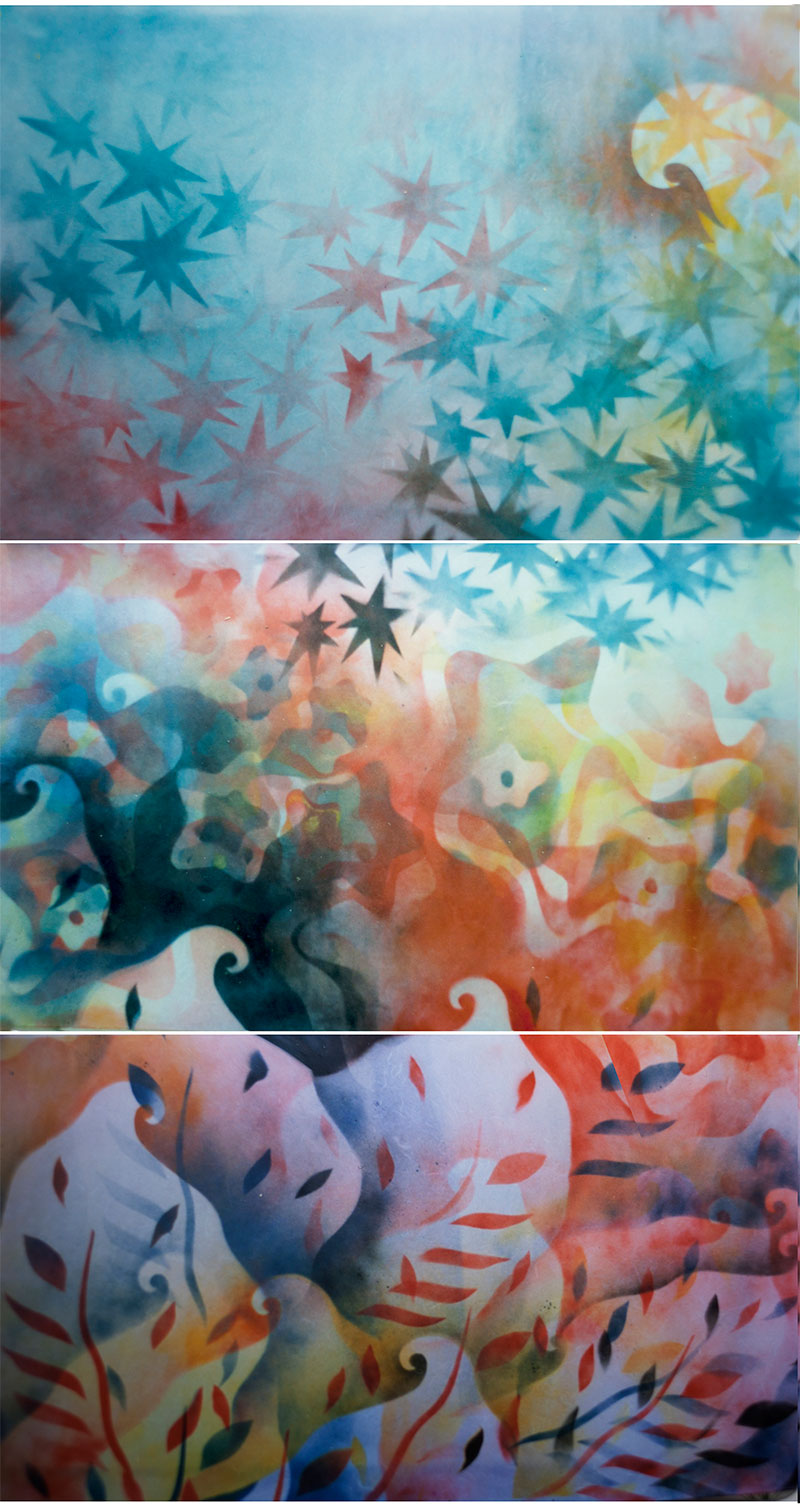