There are so many ideas knocking on my door, making themselves attractive, trying to convince  me they are the next star. I note down their intentions, assuring them I will be in touch. Sooner or later. Very often I find the same idea coming back, not accepting to be turned away. It has dressed a bit differently, but after a while I recognize the personality.

Knock knock, “It´s you again”. Some of them look so convincing by the first glance, but when I return to them I do not understand how I could be so mislead. And it is calling itself an idea!! How rude. To cut the line and come to the point, I have to act with authority. Most are advised to try somewhere else. May be that was what happens with some. They are thrown out by an artist, and they try their luck with me. No language barrier. It is like a league of potential artworks who are strolling around, presenting themselves on the web catwalk, and potential buyers are seated around, pretending not to be interested while they make their notes – just in case… My idea? Your idea? Who knows where they call come from. Homeless ideas living under ground, clinching together to survive in a world more and more focused on hard facts? If so, artists will not be jobless for a while. Ideas might even be eternal, hanging around for centuries, not to say millennials, connecting generations of artists – and we all take the honor for bringing it into the light. 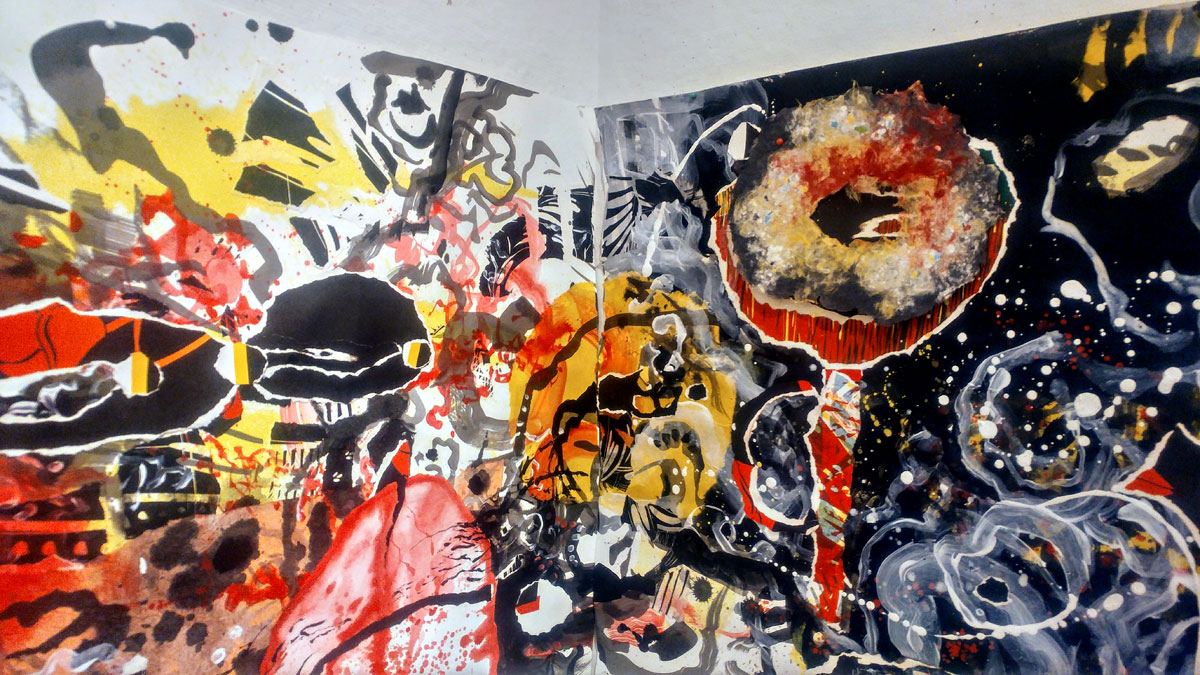 The last idea popping up made me curious though. It was different, and I could not make up my mind if I liked it or not. It had authority, that´s for sure. All in a sudden I found myself tearing, gluing, scratching and painting. It started to move on, and I followed. I tried a tentative “who´s actually the boss here…” No answer was the answer. We both knew. The Idea had saved me from the frustrating periode in No Mans Land. The “in between” where doubt is ruling, and you (I) fear there will be no more ideas knocking.

At that point all notes loose value. I am not interested in the queue. I am waiting for the one knocking me out, pulling me out of paralysis, and showing me the REAL THING…so far.